Willmott Dixon’s framework skills were once again highlighted, this time by the Southern Construction Framework which named the company its Contractor of the Year and Guy Dawes as its Framework Manager of the Year for 2017! 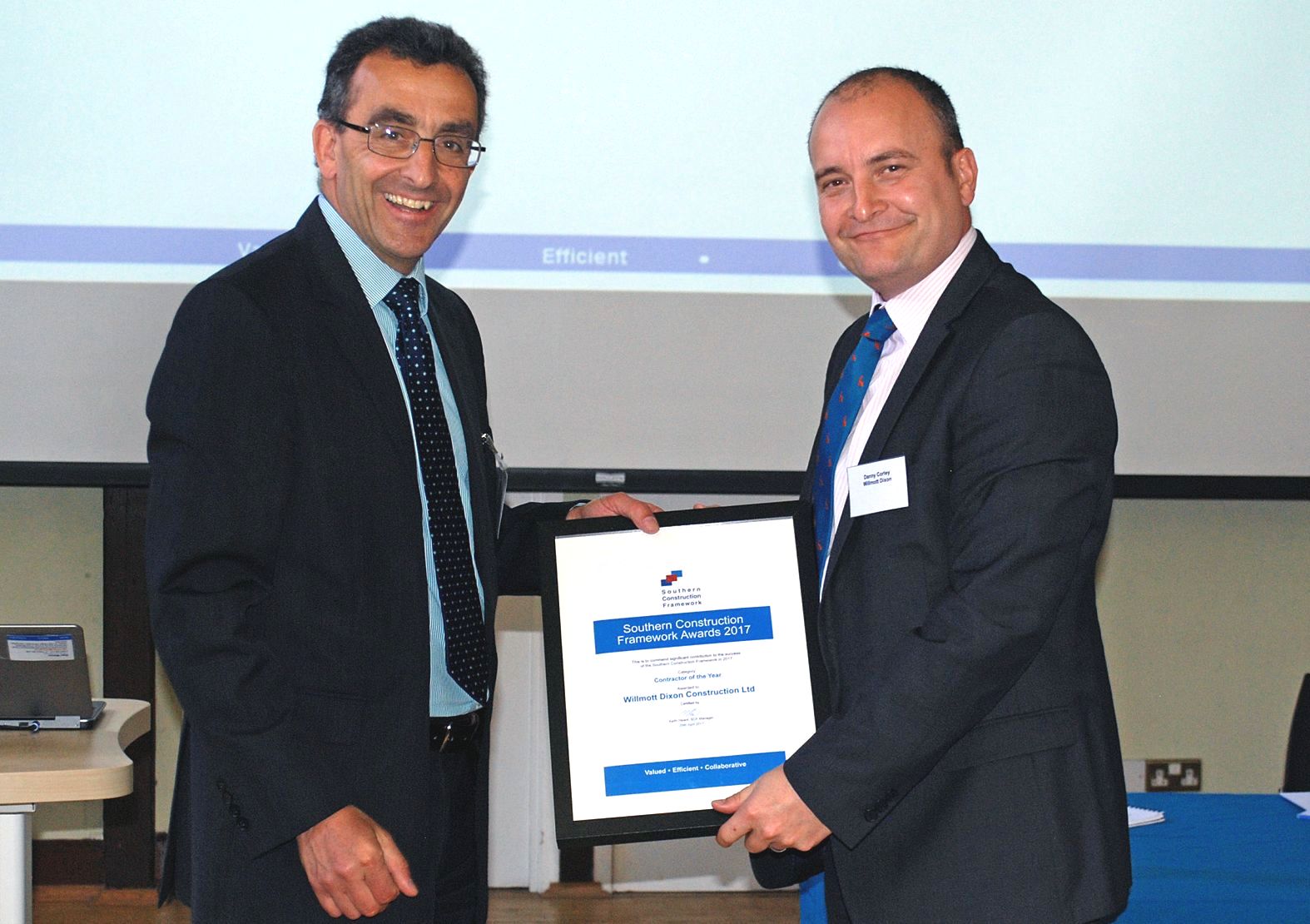 Danny Corley, right, picks up the contractor of the year award

It follows a number of initiatives to help grow the framework across the South of England, including ‘best in class’ KPI and data collection scoring, regular customer breakfast meetings, apprenticeship engagement and also being the first contractor to be awarded a SCF project (LB Barnet - Waste Transfer).

Since then the company has been appointed for over £175 million of new work through the SCF by councils that include Croydon, Plymouth, Surrey, Lambeth, Arun, plus Royal Greenwich UTC and Swindon & Wiltshire Fire & Rescue Service.

“Our highly motivated team of framework specialists provide detailed knowledge and insight to make customers' projects a reality. Customers also like that we are nice people to work with, focused on helping them achieve success. These two awards were the SCF’s way of saying 'thank you' for our work putting them on the map. They were made possible by everyone involved with our SCF projects - a team effort!”

Customers can choose from a number of leading contractors on the SCF. Many choose Willmott Dixon for its experienced framework skills, and these skills are allowing the company to move forward with customers on projects like Littlehampton Leisure Centre, West Thornton Academy (Canterbury), Woodmansterne Secondary School and the new History Centre in Plymouth.