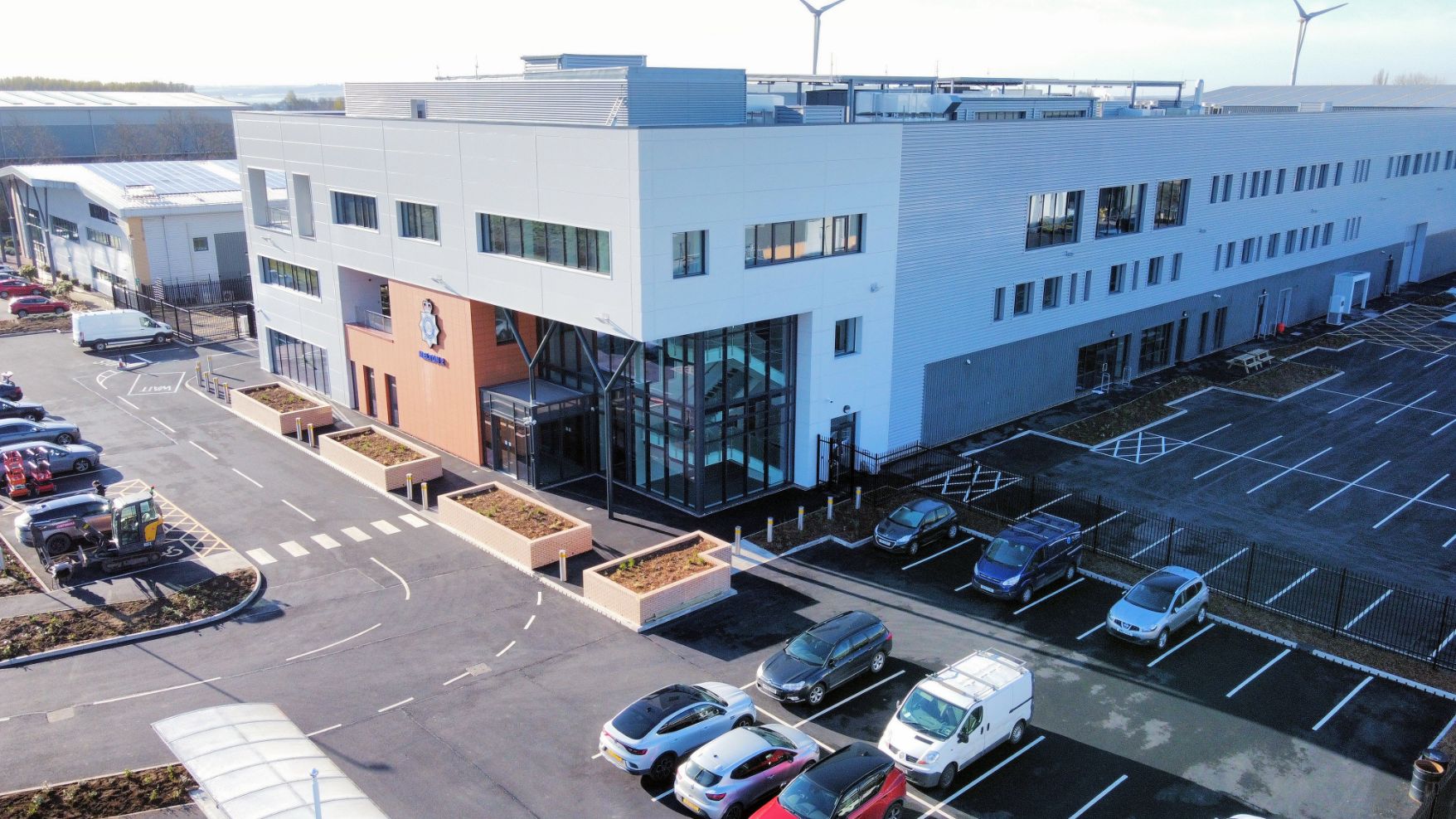 The 107,000 square foot, three-storey operational support building was constructed next to the force’s existing facility at Melton West Business Park near Hull and provides a new home for over 500 staff.

Importantly, it also contains a new control room handling all telephone calls and public contact, as well as specialist units such as major crime investigation to free up space in other buildings to accommodate the uplift in police officers which has increased by around 500 since 2016.

The development was a joint project between Humberside Police Force and Melton West landowners and developers Wykeland Group, supported by planning consultants DLP and designed by Bond Bryan architects.

Sustainable features included energy efficient heating and lighting systems, plus use of environmentally-friendly materials and facilities to encourage staff to cycle to and from work.

“It’s critical that those who work around the clock to keep us all safe have the right facilities and a suitable working environment for 21st century policing. These modern facilities for Humberside Police create a state-of-the-art environment, giving control room teams and officers in specialist units the very best support they need to serve the people of Humberside.”

“We have a true partnership with Humberside Police to support the modernisation of its estate, having also delivered the Birchin Way custody facility in Grimsby, the first to be delivered using our CODE pre-designed concept which we believe is the next generation for custodial facilities.”

Procured via Major Works England and Northern Ireland, a part of the Scape National Construction framework, it opened in 2022.